22 Basic Pump Facts You Should Know

I have been writing “Common Pumping Mistakes” for Pumps & Systems for more than three years. Typically the hardest part of the job is topic selection so it will be fresh, educational and interesting. This month, I am writing on a collection of shorter subjects and baking them up into one article. Instead of a meal, we will have hors d’oeuvres. Hopefully it will satisfy your appetite. If you have been reading my column, many of these tidbits will be a review. These comments are based on single-stage overhung centrifugal pumps moving ambient temperature clear water, except when otherwise noted.

Pumps are really designed to operate at only one point. That hydraulic condition of one point of head and flow is the best efficiency point (BEP), also known as the best operating point. Anywhere else on the published set of curves is simply a commercial compromise. It would be too expensive for most end users to have a pump designed and built for their unique set of hydraulic conditions.

Understand the system curve. The system curve represents all of the friction, static and pressure head baked into the system. Velocity head is also present, but typically too small of a component to be concerned about.

Pumps do not suck fluids. This is a common misunderstanding, but realize that some energy source other than the pump must supply the energy required for the fluid to get to the pump. Normally these are gravity and/or atmospheric pressure. Lastly, fluids do not have tensile strength. Consequently the pump cannot reach out and pull fluid into the suction.

The maximum realistic suction lift is about 26 feet. See the previous section where pumps do not suck. If you are at sea level the atmospheric pressure will be 14.7 pound per square inch absolute (psia), which translates (multiply by 2.31) into about 33.9 feet of absolute head. So, in a perfect world, if there was no fluid friction or vapor pressure working against the system you might be able to lift cold water 33 feet.

A pump running backwards does not reverse the flow direction. The flow will still go in the suction and exit from the discharge nozzle. Depending on the specific speed (Ns) of the pump (think impeller geometry), the flow and head will be reduced by some significant amount because the pump is much less efficient. For lower specific speed pumps the flow will be approximately 50 percent of rated and the head will be 60 percent of rated. An American National Standards Institute (ANSI) pump running backwards will cause the impeller to unscrew from the shaft and lodge itself in the casing.

You cannot vent air from the impeller eye of an operating pump. A pump is in many ways like a centrifuge, and so the heavier water is expelled to the outside diameter and the lighter air remains in the middle or center. The pump should be at rest to be properly vented. Pumps with centerline discharges are essentially self-venting.

Industrial pumps do not come from the factory ready to “plug and play.” There are exceptions to this comment, but never assume. The pump will require oil to be added to the bearing housings. The impeller clearance must be ascertained and set for the fluid (temperature) to be pumped. The driver will need to be aligned to the pump. Yes, the alignment may have been performed in the factory, but the second the unit was moved for transport the alignment was lost.

You will need to check alignment again after the piping is installed, and again when the base is grouted in. The direction of rotation should be ascertained and matched to the phase rotation on the motor driver.

The mechanical seal will need to be set after these other steps are completed. Most manufacturers do not install the coupling at the factory because it will just need to be removed for all of these aforementioned reasons.

Almost all pump problems occur on the suction side. There is a common and pervasive misunderstanding about how pumps work. Refer to above as a reference. Think of any pump system as three separate systems when trouble shooting issues in the field. The suction system, the pump itself and the system downstream of the pump. In my years of working on pumps and solving issues, 85 percent of pump issues occur on the suction side. When in doubt, it is a great place to start looking for the solution.

Always, always, always calculate the NPSHa. This is likely the most common and the most expensive mistake I witness in the field. People will erroneously think that because they have plenty of suction pressure or a flooded suction there is no reason to do these calculations. A few feet of friction or additional losses due to vapor pressure can wipe out that NPSH margin you thought you had. Insufficient NPSHa will result in cavitation in the pump impeller.

Understand cavitation. Cavitation is the formation of vapor bubbles in the fluid stream due to a drop below the vapor pressure of the fluid. The formation of the bubbles typically occurs just in front of the impeller eye since this is typically the lowest pressure in the system. The bubbles subsequently collapse downstream as they enter a region of higher pressure. The bubble collapse is what causes the damage to the pump impeller.

Cavitation causes damage. If the bubbles collapse in the middle of the fluid stream there is almost no damage. But when the bubbles collapse near or at the metal surface, they collapse asymmetrically and cause a small microjet. This collapse occurs on a nanoscale (1.0 x 10-9 or billionth). Local pressure forces involved can be higher than 10,000 pounds per square inch gauge (psig) (689 bar) or more, plus there is heat generated. This phenomenon can occur at frequencies up to 300 times per second and at speeds near the speed of sound. Note the speed of sound in air is approximately 768 miles per hour (mph) (1,236 kilometers per hour [k/h]) and varies somewhat with humidity levels. The speed of sound in water is 4.4 times faster at about 3,350 mph (5,391 k/h or 1,490 meters per second [m/s]). Because I started my career in the submarine world, I have to point out that the speed of sound is even faster in salt water.

Cavitation is audible in the lower ranges. If you hear the cavitation noise (sounds like pumping gravel), it is likely cavitating. Just because you don’t hear the noise means nothing, since the majority of the noise range is outside the range of human hearing. Perhaps we should train dogs to help us detect cavitation? Cold water is typically the worst fluid for the consequential damage from cavitation.

NPSHr is NPSH3. When a manufacturer states that the pump requires a certain amount of NPSHr at a given point, realize that the pump is already cavitating at that point with a 3 percent head drop because that is how NPSHr is measured. All the more reason to assure you have adequate margin.

To preclude the ingestion of air, do not operate the pump when the fluid level is below the critical submergence. The vortexing phenomena is a direct function of the fluid velocity. You can preclude vortexing by the use of baffles and/or larger pipe diameters such as bell flanged inlets. There are numerous reference charts on submergence to use when looking at the suction side design. The best one would be from the Hydraulic Institute. A conservative rule of thumb is to have one foot of submergence per foot of fluid velocity.

Pumps cannot efficiently move fluids mixed with air if the percentage is greater than 4 or 5 percent. Most pumps start to lose performance around 2 to 3 percent air entrainment. Almost all pump designs will cease to perform at around 14 percent entrainment. Exceptions can be disc pumps, self-primers and some vortex or recessed impeller type pumps.

My pump bearing feels hot. This is a common comment, but it is subjective, not objective. It is difficult for the typical person to hold their hand on a bearing housing that is over 120 F.

It is perfectly normal for a bearing to be operating at 160 to 180 F. Use a thermometer or infrared device to measure the temperature and deal
in facts.

Viscosity is the kryptonite of centrifugal pumps. Most centrifugal pumps become too inefficient or exceed their horsepower (hp) limits in a viscosity range between 400 and 700 centipoise that depends on pump size. Always check with the manufacturer when pumping viscous fluids for corrected curves and power limits for the frame, bearings and shaft.

Horsepower requirements progressing along the pump curve change for different impeller geometries. Low and medium specific speed pumps require more hp the farther out on the curve you operate, which is fairly intuitive reasoning. For high specific speed pumps (axial flow), the highest hp required will be at the lower flows. This is also why it is common to start up these types of pumps with the discharge valve open so as to not overload the driver. 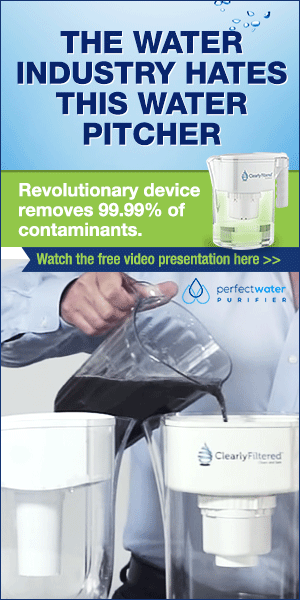 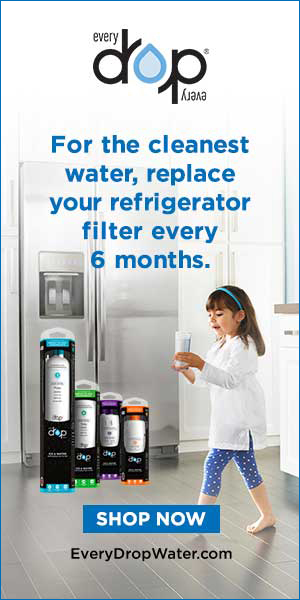